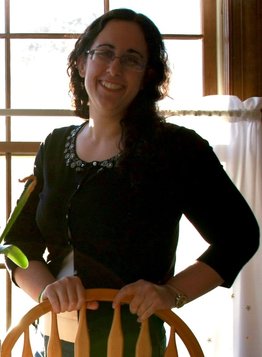 Most stories do not begin in middle school, but this one does. When I was about 13 years old, my brother introduced me to photography.  I started to take my camera wherever I went to record the memories that I was creating.  When my first point-and-shoot film camera died, my brother suggested that I get a camera that had more control of the settings and a digital one too.  At first, I was skeptical; after all, I just wanted a small camera that I could carry with me everywhere.

However, I loved the camera he suggested and the control that I had over the picture; now, my photography could tell a story rather than just preserving a memory.  Among taking a photography class in high school and borrowing DSLR cameras from my college library (yes, they actually did that!  It was pretty amazing!), my brother also gave me for graduation his used DSLR to continue to improve my craft.  Since then, I really have been inseparable from at least one of my two cameras at any given time as I capture the stories that unfold before me.

Around the same time of my photography discovery, I found paper-crafting.  For as long as I can remember, I have enjoyed creating things with my hands.  When I was little, I embraced the latest crafting fads and tried several things from creating beadlings, to knitting, to quilling, just to name a few.  However, it wasn't until I discovered scrapbooking in middle school that I developed an excitement for this particular craft.  Here was something that allowed me to preserve memories that I was creating with my camera.

From scrapbooking, I discovered card-making.  I loved making cards for people, especially on their birthday.  During college, I made a stack of  birthday cards so that when I found out it was someone's birthday (especially the children that I worked with), I could write to him or her a birthday greeting. People were always impressed when I said that I had made these cards. I did't understand why, but I thought it might have something to do with the memories they were creating as I gave them the card.

Though this has been a little dream of mine, my biggest dream since I was pre-school age was to be a teacher.  My full-time job is to a group of lovable fourth graders where I get to teach them, love them, counsel them, guide them, probe them, amaze them, excite them, and get-to-know them among so many other things.  I use Parthena's P&P as a way to recharge and to do something completely unrelated to teaching.

What's Going On
​
​On the bi-weekly blog, I share exciting events within this store.  I also use this as a way to share some of the stories behind the photographs and the memories you can create with the cards.  Every now and again, I'll even share a how-to blog post.
​
Blog
UA-102609463-1